The Power of Food: Our Journey and My Mission

The power of food, for better or worse, is something to which my family is intimately attuned.

My son has life-threatening food allergies, but this wasn’t always the case. 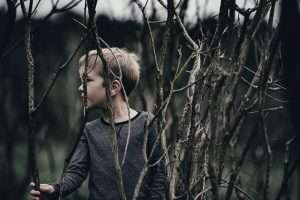 When he was a baby and a toddler he could eat anything and everything without issue – or so we thought. He went through the “terrible twos” stage, but the resistance, temper tantrums and rages all stuck around long past three, four and even five years of age. Since he’s our first child, we just assumed that this was normal for our child and we continued to support him and work with him as best we could.

When he turned 6 we decided that we needed some help and we sought counseling for both him and ourselves. There were days that were so difficult, both at school and at home, that I recall crying with my husband about our frustration and inability to figure out what we were doing wrong. My son’s tantrums had gotten to the point where they were entirely unpredictable and very physical, resulting in him literally tearing his room apart (and his door off the hinges) and spouting emotions filled with self-loathing and hate – things I had no idea that 6-year-olds were even capable of thinking. We had tests run on him for both focus and psychological issues, both of which were manifesting at school and at home. The counselors were investigating him for ADHD and oppositional-defiant disorder (ODD).

At this time, our diet was low-glycemic and vegetable heavy. We ate few processed foods, turned to whole grain and whole wheat products and rarely ate in restaurants. My son’s favorite meal was salad! Compared to other families, our diet was extremely healthy and balanced. 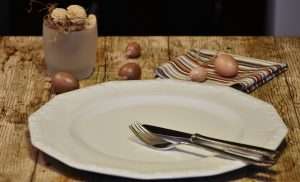 Then, one day as I was dropping off my daughter for afternoon pre-k, a school administrator came rushing out the doors yelling that my son was “having a reaction of some sort” and I needed to come right away. I found my son in the nurse’s office, his face covered in hives and his lips swelling up. The nurse explained that he only had a few hives when she first saw him enter the office, but as I stood there his eyes swelled shut and he suddenly looked like he had cauliflower ear. I scooped him up and rushed him to the doctor, where we were prescribed epinephrine and given a referral to an allergist. The culprit: sugar snap peas in his lunch box.

Three weeks later we found ourselves leaving the allergist’s appointment with extra epinephrine and a list of 14 different foods that my son was extremely allergic to: foods like wheat, egg, soy, peanuts, tree nuts, carrots, coconut, green beans, white potatoes, apples, and the list went on… I went home, completely overwhelmed with confusion, frustration and sadness, but I set out to change our diets immediately. Less than two weeks later I had a new child! Suddenly my sweet, respectful, attentive kiddo was back and the problems at home and at school absolutely vanished. I would not have believed it if I didn’t see it myself – a sentiment echoed by our friends and family members. To date, if my son suffers a mild exposure (not needing epinephrine), our indicator is a wild change in mood and behavior. It’s creepy how the self-hate speech comes right back.

A few basic things have helped us along the way:

I share this story to illustrate how I’ve witnessed the power of food beyond the raw science of calories and macro/micronutrient balance. I’ve seen food heal and build people up, and I’ve also seen it tear people (and families) apart. Stan Lee was right when he said, “With knowledge comes power, and with power comes great responsibility.” I hope to use this knowledge to help others learn about the power of food in their lives – and to use that power to optimize both nutrition and well-being from a functional perspective, which honors the “root cause” of imbalance rather than just treating symptoms. Food is information for our bodies and how we process that information is unique to each of us based on our genetic backgrounds, health history, lifestyle and imbalances. What nourishes one person may be deadly for another.